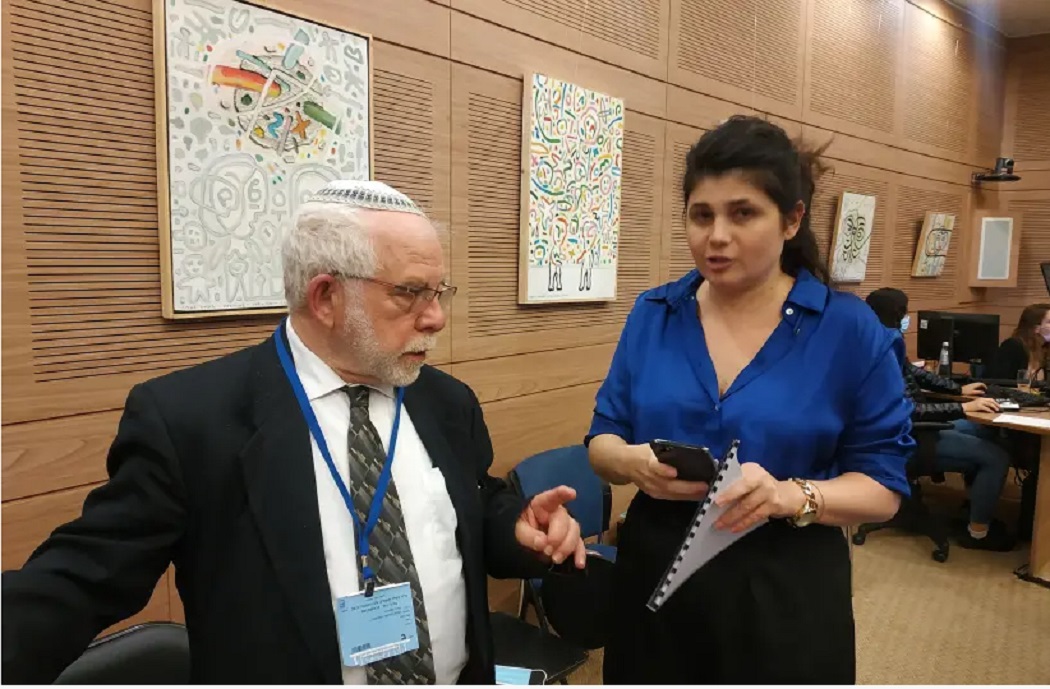 A Knesset lobby discussing ways to combat antisemitism hit out at BDS, the Palestinian Authority and UNRWA.

The Knesset lobby to combat antisemitism spread by the Boycott, Divestments and Sanctions (BDS) movement and the Palestinian Authority held a discussion on antisemitism to mark the International Holocaust Remembrance Day on Wednesday.

In the Knesset discussion, Dr. Gross and Bedein showed a presentation containing research and details on a new, “modern” antisemitism “led by the Palestinian Authority and the United Nations Relief and Works Agency for Palestine Refugees in the Near East (UNRWA).”

“Along with the classic form of antisemitism defined by the Nazi movement, the West is now defined by a well-oiled education system rife with incitement, such as UNRWA’s education system which is prevalent throughout the Middle East,” Bedein stated in the Knesset.

UNRWA employees take part in a sit-in demonstration, according to them against anticipated austerity measures within the organization, in Amman, Jordan November 8, 2021. (credit: REUTERS/JEHAD SHELBAK)

Bedein cited a number of textbooks used in Palestinian schools across Gaza and the West Bank as proof due to the hateful and sometimes antisemitic content in the books written for schoolchildren.

The PA, who initially had an agreement with the European Union to revise its academic curriculums in 2021, reneged on that agreement and has instead promoted new academic materials that feature hateful language and violent imagery, according to an IMPACT-se report.

“UNRWA’s ideology promotes antisemitism within its culture,” Bedein claimed. “On its website, UNRWA prides itself on its activities while leading the incitement while giving legitimacy to murderers and terrorists.”

The Knesset lobby, officially named the lobby for combatting antisemitism and the delegitimation of the State of Israel, is chaired by Chikli and includes MKs from both the coalition and the opposition, such as Idit Silman, Moshe Gafni, Ofir Sofer and Yomtob Kalfon.

Use UNRWA’s financial crisis to end its shameful apartheid system