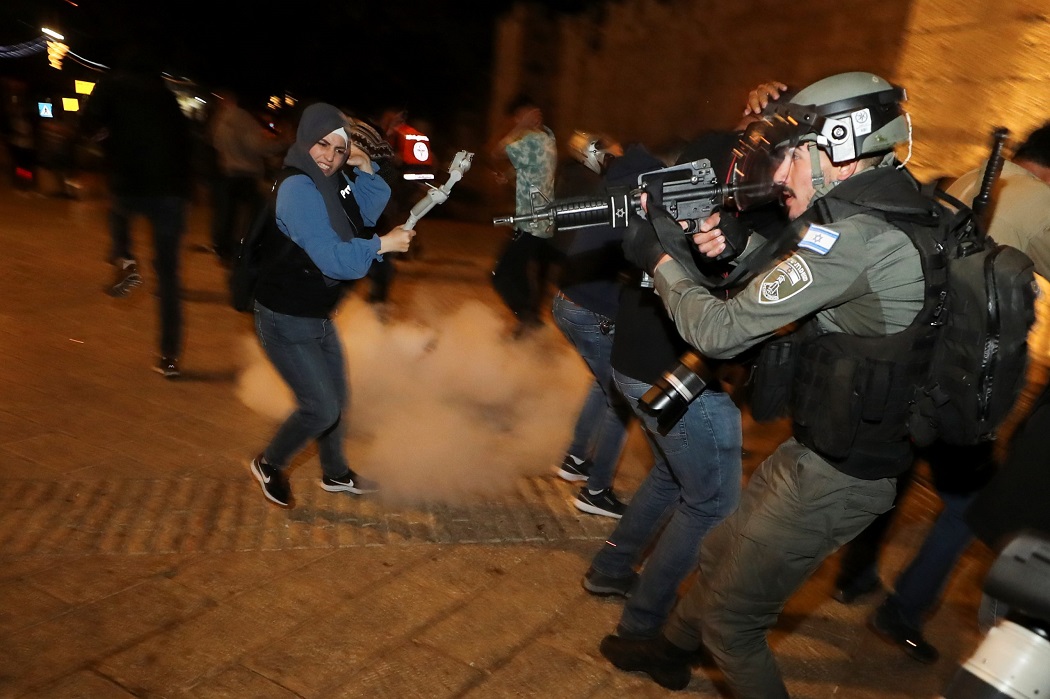 Quote: Three things cannot hide for long. The moon, the sun and the Truth.

The ability to hide the truth and evade stark evidence has been on full display this past week. Seeking some sort of culpability seems more distant than ever unless one falls for the suspect agenda of those purporting to be champions of the oppressed.

What follows will be four examples that have already been widely circulated by the general media in such a way that we already know who the guilty party is before one gets to the end of the first paragraph.

The fifth case is a J-Wire exclusive and should be of particular interest as Australians go to the polls to elect a new governing coalition.

Without fail and as regular as clockwork the annual celebration of Ramadan is an occasion for unbridled incitement and a perfect excuse for terror-related outbursts. Judging by the “surprised” and pious pontifications of the international community one would think that this was an unusual phenomenon. Blaming the “occupation” for Ramadan’s explosive expressions of hate is of course, the default position of all those who try mightily to hide the real reasons for this seasonal expression of religious fanaticism and intolerance.]

After 74 years, the rest of the world and our own believers of original sin still hide from the overwhelming evidence that a Jewish sovereign presence here is unacceptable, blasphemous and needs to be eliminated. The descendants of those Palestinian Arabs who massacred the Jews of Hebron and Jerusalem in 1929 and murdered the doctors and nurses on their way to work at Hadassah Hospital on Mount Scopus in April 1948 are playing by the same script today. In a recent poll, 75% of Israeli Arabs questioned replied that Jews have NO right to sovereignty. Why are these self-evident intentions hidden by successive Israeli spokespersons? Is it any wonder that clueless international leaders have no idea of what would happen to Israeli Jews if their pie in the sky “democratic and human rights” hallucinatory peace partners ever achieved their final solution aims?

Our own far-left “experts” liberally funded by an assortment of NGOs and European Governments together with post-Zionist media merely add fuel to the fire. A Knesset member from the far left recently asserted that “eliminating terrorists increases terrorism.”

With “noch shleppers” like that, it’s no wonder that Hamas, Hezbollah and all the other seekers of peace are busy plotting more murder and mayhem.

If ever there was a case of deliberate deception, the role of this duplicitous British creation is worthy of an Oscar award. Despite having illegally occupied (1948 to 1967) half of Jerusalem, all of Judea and Samaria and ethnically cleansed all Jews from these locations as well as banning them from worshipping there, the monarch and his ministers masquerade as champions of religious freedom. Proof that this perversion of the truth has been successfully hidden is the fact that democrats and human rights abusers alike now tout Jordan as a bastion of guardianship for holy sites (Islamic and Christian only, mind you) and condemn Jews for wanting to assert freedom to pray on the Temple Mount and at the Kotel.

A few days ago, a group of Israelis on a short vacation to Jordan were denied entry because seven of them had Tefillin with them. The banning of Jewish religious items is standard fare as far as Jordan is concerned. Did you hear any protest from Biden when he met Abdullah at the White House? Not a peep was forthcoming. Instead, a stern warning to Israel on preserving the fake “status quo” and avoiding provocations was the official burble.

Clarifying this scandalous situation the Jordanian Foreign Minister stated: “there is no Israeli sovereignty over the Temple Mount – Jerusalem is the capital of Palestine.” Echoing this assertion, a former Arab MK proclaimed: “Jews have nothing to do on the Temple Mount. You want to pray? Change your religion!!”

International acquiescence to this farce reinforced by weak Israeli responses has resulted in the present continuing perversion of the truth and prepared the ground for future catastrophic upheavals.

Hiding awkward realities and seeking appeasement with those who don’t want you here are doomed strategies.

The fatal shooting of a journalist in the midst of a firefight between the IDF and Arab terrorists is a heaven-sent opportunity for the terror groups, their sponsors and funders and all Israel-hating groups to once again pillory and blame Israel for something which has yet to be proven. This ploy has been used most successfully on several previous occasions to great effect and it follows an old well-worn formula. Blaming Jews/Israel for anything is always a guaranteed recipe for worldwide hysteria, universal condemnations and creating narratives which will be recycled with additional lies forever.

The refusal of the PA to hold a joint investigation with Israel, their refusal to hand over the bullet for independent forensic analysis and their eagerness to involve “neutral” groups (those which have a dubious track record as far as Israel slander is concerned) should alert even the most gullible to the agenda involved. Running to the ICC before any real irrefutable proof is available and accompanying this with unbridled incitement exposes their real intent.

A perfect example of “hide and seek” is encapsulated in this following exclusive J-Wire report.

On 16 January 2022, in other words, five months ago, as J-Wire’s correspondent in Israel, I sent the following email to the Australian Ministry of Foreign Affairs and Trade in Canberra. I should explain that initially, I had directed my question to the Australian representative in Ramallah who suggested I redirect it to Canberra.

Thank you in anticipation.

Almost immediately and to my pleasant surprise the following response arrived: Confirming that we have received your email and are looking into this for you.

So far so good. On 4 February after a follow-up email from me this message was received: We are continuing to work on a response to your inquiry. Thank you for your patience.

On 10 February another message was received from Canberra:

We are continuing to look into your enquiry.

With such seemingly positive responses, I was persuaded that perhaps the subject was truly being investigated. By 27 February, I decided to follow up on the matter: It is now the end of February and I am interested to know when your inquiries may come to some sort of conclusion.

With the approach of the annual youth summer camps organised by the PA and UNRWA, it is important to remember that these occasions are used to indoctrinate youth with hate and incitement against Israel and Jews and are used to train youngsters in the use of weapons and other terror techniques. All this is facilitated by the millions of funds provided by international donors. A lack of accountability means that donor funds are misused. I can provide videos taken at these camps which show exactly what is taking place there.

Unless donor nations institute some sort of strict accountability and refuse to be seduced by specious assurances that nothing untoward is taking place, the scandal of continued donor funding to the PA and UNRWA will only grow.

The evidence is there for all those who want to see it.

Australia, to its credit, has now designated all of Hamas as a terrorist organisation. The hate brainwashing of the next generation at UNRWA summer camps needs to be addressed. In most cases these camps have been organized by Hamas and its affiliated groups.

What followed was a deafening silence. It is now the middle of MAY and for some strange and unaccountable reason my inquiry has disappeared into a black hole.

Why the sudden silence after several assurances that an investigation was being made? How long does it take to discover what the European Parliament already knows? For the third year running the EU Parliament condemned continuing incitement in PA textbooks. What could be clearer?

What is the Australian Foreign Ministry trying to hide?

We seek answers. The problem is that this is not a game. It’s deadly serious.

No change in Norwegian allocations to the PLO/PA education