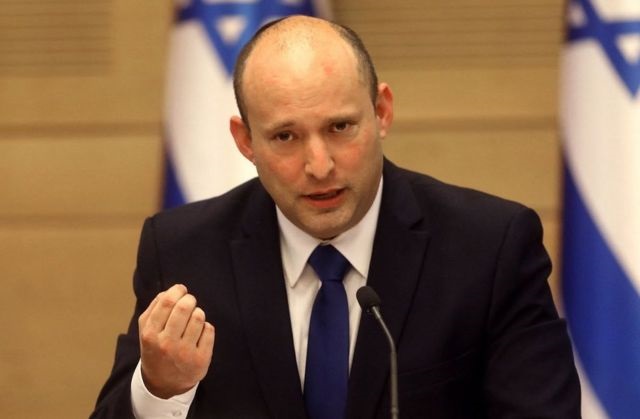 On the eve of Passover 2022, Four Questions to Israel Prime Minister Naftali Bennett.

That study can be found at: https://israelbehindthenews.com/wp-content/uploads/2022/03/Jews-in-Palestinian-Authority-Schoolbooks-in-UNRWA-Use.pdf

Dr. Groiss concludes that PA education is based on three principles:

1. De-legitimization of Israel’s existence and the Jews’ very presence in the country, including the denial of their history and the existence of any Jewish holy places there.

2. Demonization of both Israel and Jews, also religiously – with serious implications regarding the Jews’ image in the eyes of children

3. Absence of any call for peace with Israel. Instead, PA education advocates a violent struggle for the liberation of the whole country, including pre-1967 Israel. This struggle is given a religious color. Terror is an integral part thereof, with the accompanying meaning of encouraging the murder of Jews

Therefore, posting four questions to the Israel Prime Minister, on the eve of Passover:

1. Will you reinforce the mandate of COGAT , the Israel Civil Administration, which is supposed to check PA textbooks before they are put in use and has not been doing so of late.

2, Will the Prime Minister ask COGAT to issue a proper review of the texts used by the PA and UNRWA

3. Will the Prime Minister ask for removal of PA texts which laud Dallal El Mugrabi, the woman Arab terrorist who commandeered an Israeli civilian bus in 1978 and murdered 35 Jewish passengers.

4. Will the Prime Minister condition humanitarian aid to the PA on a revision of PA education?

Israel & UAE work together against UNRWA?

The UNRWA Transparency Report: Presented to the Office of the UN Sec’y Gen’l