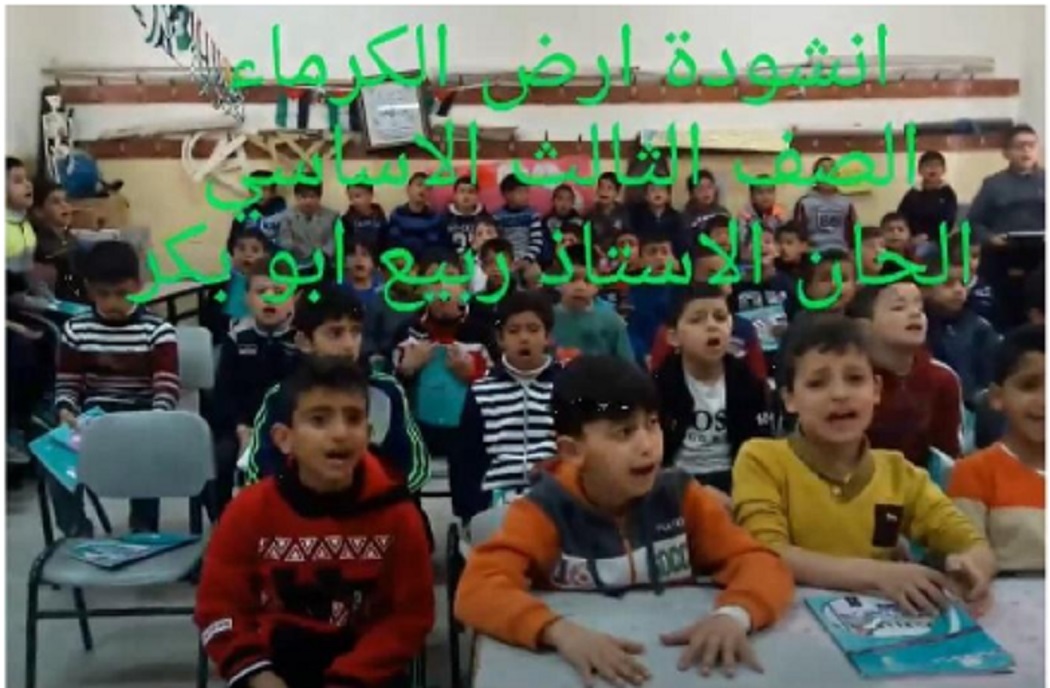 Does UNRWA Educational System Prepare the Palestinian Children and Youth for a War against the Jews?

The United Nations Relief and Works Agency for the Palestinian refugees has been operating since 1950 in Syria, Lebanon, Jordan, Judea and Samaria (including East Jerusalem) and the Gaza Strip. It offers welfare, health and education services to the 1948 refugees and their descendants who are kept under miserable conditions in dozens of refugee camps. Over half of its budget is directed to the educational field.

This paper discusses UNRWA’s educational activity in the territories of Judea, Samaria and Gaza only. According to the data appearing on its site (from the 2019/20 school year) it had in Gaza 286,645 students in 278 schools that included grades 1-9. In Judea and Samaria (including East Jerusalem) it had that year 45,883 students in 96 schools with the same grades, but its two schools in East Jerusalem included grade 10 as well.

Since 2000, I have conducted research projects regarding the attitude to the Jewish-Israeli “other” and to the issue of peace with this “other”, as expressed by schoolbooks and teachers’ guides issued by the Palestinian Authority’s Curricula Center and used in UNRWA schools. The textbooks have been found to include hate and violence indoctrination, in sharp contradiction to UNRWA’s commitment, as a UN organization, to neutrality and to the promotion of a peaceful resolution of the conflict. This indoctrination is based on three fundamentals:

* And if so, what is the donor nations’ role in this matter?

legitimate state in the region, which has been under “Zionist occupation” since 1948. The 7 million Jews who now live in Israel are regarded as foreign colonialist invaders who have no rights and no historical past in the country whatsoever. Their cities, including Tel Aviv, are not shown on the map, or are given Arabic names (for instance, the Israeli city of Eilat is named “Umm al-Rashrash”). The existence of the Jews’ holy places in the country is also denied. The Wailing Wall, for example, is presented as a Muslim holy place exclusively.

Following are examples taken from the most updated schoolbooks and teachers’ guides which clarify these points:

“[Lesson] 2: Palestine is Arab and Muslim”

The lesson presents a map titled “Map of the Arab Homeland” in which the whole country is painted red, with the name “Palestine” appearing next to it and the Palestinian flag is drawn above:

And see the original coin below:

…Why did they slaughter my childhood in front of me and murder the roses in the fields? Why did they kill the butterflies in our gardens and scare the birds away? Why did they hide the sun, spread darkness and block the roads?”

“Let us know our national anthem:

Activity 1: We will listen and repeat:

With my determination, my fire and the volcano of my revenge

And my blood’s yearning to my land and my home

I have climbed mountains and embarked on a struggle

I defeated the impossible and shattered the shackles

In the winds’ storm and the weapon’s fire

And my people’s determination to carry on the struggle

Palestine is my home and the road to my victory

Palestine is my revenge and the land of steadfastness

By the oath under the flag’s shadow

By my people’s determination, and by the pain’s fire

And I shall die as a fidai until I return

*Fidai – a self-sacrificing person; this term is used nowadays to denote the members of the Palestinian terrorist organizations.(National and Social Upbringing, Grade 3, Part 1 (2020) pp. 16-17. Emphasis added)

“God urges the believers to [fight] the Jihad and finance it and warns them against being occupied in worldly matters instead of [fighting] the Jihad and financing it, for worldly matters mislead those who are occupied in them and the believer should obey the directions of God and His Messenger [Muhammad] and stay away of disobeying Him, so that he would attain the reward and on the Day of Ressurection.”

(Arabic Language, Grade 5, Part 1 (2020) p. 86, and see among the accompanying questions: “The poet has determined the form of the return. Let us clarify it, as it appears in the poem.”)

Note: In the 2020 edition of this PA textbook, this poem has been replaced by another one.

This song is sung in class:

Following is a screenshot of the beginning of a clip taken from the YouTube channel of “Teachers of Palestine” group. The Inscription reads: “The poem ‘The Land of the Noble Ones’, Grade 3 of elementary school. Melody: Mr. Rabi’ Abu Bakr.”

The Palestinian Authority textbooks used by UNRWA in its schools de-legitimize the existence of the State of Israel, a full member-state of the United Nations Organization, and the very presence in the country of its 7 million Jewish citizens, whose history and holy places there are denied.

The PA schoolbooks used by UNRWA demonize both Israel and the Jews, to the point of sheer anti-Semitism.

These very books never advocate a peaceful solution to the present Israeli-Palestinian conflict. Instead, they call for a violent struggle for liberation, with strong religious characteristics, which is not limited by the 1967 lines and in which terror plays a central part.

Being a UN agency, UNRWA is committed to neutrality and peace, but its use of such schoolbooks sharply contradicts that commitment and makes UNRWA a full accomplice in the PA anti-Semitic indoctrination.

Moreover, UNRWA betrays its sacred obligation towards the wellbeing of the Palestinian children and youths under its care, by preparing them for war against their Israeli counterparts.

This kind of “education” should stop immediately and the donor states should have a say in this matter, the sooner the better.

Are the Palestinians turning against UNRWA?