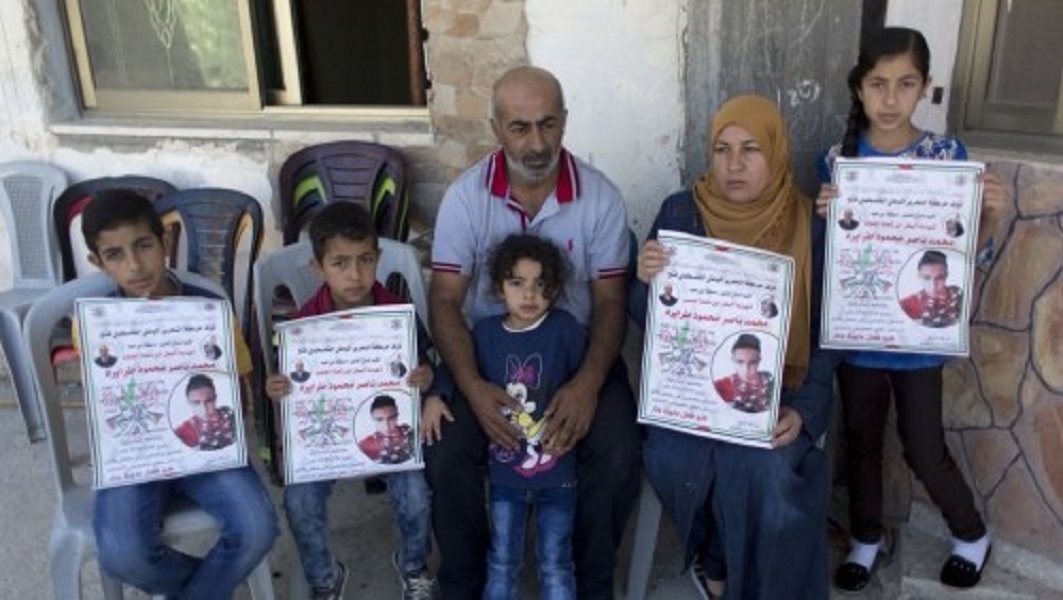 The detailed Palestinian Authority budget for 2018 that was published recently has new details about the allocations to arrested terrorists and the families of those who died or were wounded in the context of the “struggle against Zionism:”

The family of Mohammed Tarayreh, who stabbed to death
a 13-year-old Israeli girl in her bed, is now eligible for $350
a month from the Palestinian “Martyrs’ Fund.” (AP Photo)

The PA budget for supporting the families of “martyrs” and the wounded is $185 million. This sum is used to make sure that 24,000 families of “martyrs” and wounded who reside inside the “homeland” get a monthly allowance, 13,500 such families who reside outside the “homeland” get a monthly allowance, 375 families get special monetary assistance, 28,000 families get health insurance, and monthly allowances are paid to the victims of the 2014 conflict in Gaza. On top of all this, the budget is used to finance a variety of benefits to the family members (such as going on pilgrimages and exemptions from education tuition).

The overall PA welfare budget is $212 million, which is used for assistance to 118,000 families, each of which receives $200–480, on top of a variety of benefits, including exemption for tuition to 80,000 pupils, help with health insurance and emergency assistance, food allocations, and more.

Dedicating around $340 million to arrested Palestinian terrorists and “martyrs,” which forms 7 percent of the overall annual budget for 2018, reflects the prominence the Palestinian Authority and its leadership give to incentivizing terror. Palestinian law considers terrorists as the “fighting sector of Palestinian society.” As U.S. and Israeli pressure increases on the Palestinian Authority to cease paying these incentives and revoke the law upon which they are paid, Mahmoud Abbas has insisted repeatedly that he will not do so. “Even if we are left with one penny, we are going to use it for paying the salaries to the Martyrs and prisoners of war,” he declared.

These details also refute once more the occasional Palestinian claims that the payments of salaries to the terrorists are a sort of welfare. It is evident that welfare payments are paid separately and are far smaller than the salaries and other benefits paid to the arrested terrorists.

An Israeli law (known as the Stern Law) was approved in July 2018 and is supposed to be implemented for the first time in January 2019. It mandates that the Israeli government deduct on a monthly basis one-twelfth of the sum given to support terrorists and their families from the taxes and tariffs Israel collects and transfers to the Palestinian Authority based on the amount distributed in the previous year – in this case, in 2018. This may mean that about $21 million will be withheld monthly and kept in an escrow account, or even used to compensate victims of Palestinian terror.

The economic impact of these sanctions is going to be considerable, and more international donors may take similar steps. The Palestinian leadership will probably continue to resist the pressure in the beginning, but if these pressures persist, the Palestinians may have to reconsider their policy.

Israel’s Ambassador to Australia – Amir Maimon: What is happening with UNRWA?

Principles: HOW TO REFORM UNRWA POLICIES