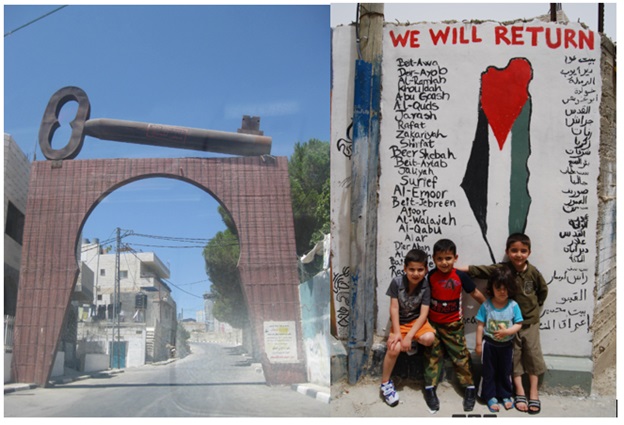 With the dawn of a new government in Israel, Canada seeks a constructive role in the renewal of a peace process in the Middle East.

In that context, the Canadian government has announced renewed funding for UNRWA, to bolster humanitarian funds for 6.7 million descendants of Arab refugees from the 1948 Israel War of Independence who dwell in 59 refugee camps throughout the Middle East, operating with a budget of   $1.6 Billion dollars.

The amount of Canadian funds for UNRWA in 2022 was $27,614,551. Sources at the Canadian Embassy  say that about the same allocation will reach the UNRWA refugee population this year.

What people do not know, is that Canada was designated by the pioneers of the Middle East Peace Process to lead the effort to solve the lingering Palestinian refugee issue.

At the Madrid Peace Conference in 1991, Canada was chosen as the chair of the RWG, the Refugee Working Group, due to its perceived neutrality regarding the Arab/Israeli situation, regarding the Settlement of the Arab refugee issue.

The Arab Refugee issue remains one of the most crucial issues to be resolved in order for any peace process to be successful. The RWG, the Refugee Working Group of UNRWA donor nations, was created as a practical way to handle Palestinian refugees. RWG was mandated to come up with practical solutions to solve the resettlement process of the Arab refugees.

The RWG, which still exists on paper with Canada as the chair, is devoted to the amelioration of the living conditions of Arab refugees and their descendants resulting from the 1948 war.

Full disclosure. As a social work professional and as an investigative journalist the focus of my news coverage since I facilitated the creation of a a news and research agency in 1987 has been the plight of these Arab refugees, who have been relegated to a status of “refugees for perpetuity”.

The legacy of the Madrid Peace Conference holds the donor nations responsible and accountable to solve the lingering Arab refugee issue.

Meeting the staff of UN Secretary General António Guterres on five occasions, the heads of the UN made it clear to our agency that the UN still holds UNRWA donors accountable – in the spirit of the RWG.

Get thej.ca a Pro Israel Voice by Email. Never miss a top story that effects you, your family & your community

And that is where Canada comes in:

As RWG chair, Canada can encourage an UNRWA POLICY  INITIATIVE:

1. Demand an audit of donor funds that flow to UNRWA. This would address widespread documented reports of wasted resources, duplicity of services and the undesired flow of cash to Gaza-based terror groups, which gained control over UNRWA operations in Gaza. Indeed, Canada slashed funds to UNRWA after Hamas took control of the UNRWA trade union and the UNRWA teachers association in Gaza in 2009.

Canada restored funds to UNRWA in 2015, even though Hamas remained in control of the trade union and the teachers association in Gaza. Canada has never explained why it restored aid to UNRWA while HAMAS  remained in power in the UNRWA unions.

2. Introduce UNHCR standards to UNRWA, to advance the resettlement of Arab refugees, after 73 years. Current UNRWA policy is that refugee resettlement would interfere with the “right of return” to Arab villages that existed before 1948.

3. Cancel the UNRWA curriculum, which incorporates principles of Jihad, martyrdom and the right of return by force of arms, in UN schools which are supposed to promote the UNRWA slogan of “Peace Starts Here”

4. Cease paramilitary training of UNRWA students. Should UNRWA, as a UN agency, not demonstrate a renewed commitment to UN principles to “peace education”?

5. Insist that UNRWA dismiss employees affiliated with Hamas, in accordance with laws on the books in Canada, other western nations, and even in the UN, which forbid aid to an agency that employs members of a terrorist organization.

New Head of UNRWA is Another Hamas-Sympathizer Politician