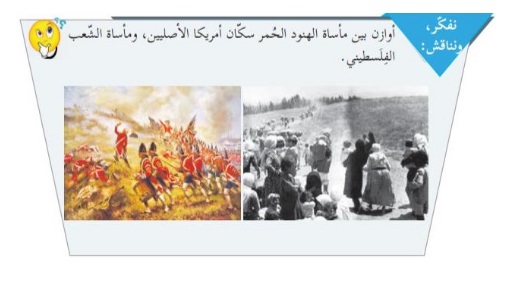 Both UN & The PA: No Support For Any 2 State Solution

This week, The United Nations declared support for a two-state solution.

However, our news and research agency, which has reviewed more than 1,000 official textbooks of the PA, used by UNRWA, The United Nations Relief and Works Agency, finds that both UNRWA and the PA reject the two-state solution because UNRWA and PA education are based on three fundamentals:

1. De-legitimization of Israel’s existence and the Jews’ very presence in the country, which includes denial of their history and the existence of any Jewish holy places there.

2. Demonization of both Israel and Jews, also religiously – with implications regarding the Jews’ image in the eyes of children who hail from a traditional society.

3. The absence of a call for peace with Israel. Instead, there is a call for a violent struggle for the liberation of the whole country, including pre-1967 Israel. This struggle is given a religious color and terror is made an integral part thereof, encouraging the murder of Jews.

2. The country’s Jewish history is denied, including the existence of archaeological items proving that:  “…[The conqueror has built for himself an artificial entity that derives its identity and the legitimacy of its existence from tales, legends and phantasies and has tried in various ways and means to create live material evidence for these legends, or archaeological architectural proofs that would determine their truth and authenticity, but in vain.”]

3. Existence of Jewish holy places in the country is denied, including the Western Wall in Jerusalem. A photograph has been cropped in a way that would “hide” the Jews who pray there:​

“The Al-Buraq Wall has been named after Al-Buraq [the divine beast] that carried the Messenger [of God, i.e., Muhammad] during the Nocturnal Journey [from Mecca to Al-Aqsa Mosque in Jerusalem, according to Islamic belief] and the Ascension [to Heaven]. The Al-Buraq Wall is part of the western wall of Al-Aqsa Mosque. Al-Aqsa Mosque, including the wall, is Palestinian land and an exclusive right of the Muslims.” ​

4. Having been considered foreign settlers, Jews in the country are not counted as legitimate inhabitants and the cities they built there, including Tel Aviv, are absent from maps in the texts used in PA schools. The PA school map here, titled “Map of Palestine”, does not show any Jewish city, except the southern city of Eilat that appears under its Arabic name, desolate place where it was later built – “Umm al-Rashrash”.

A “Map of Palestine” that erases all Jewish presence. (Image: UNRWA)

5. The Jews’ historical and religious ties to Jerusalem are ignored. According to the PA textbooks, Jerusalem was built by the Palestinians’ Arab ancestors (i.e., the “Arabized” Canaanites and Jebusites) and is holy to Muslims and Christians alone. Jews are not mentioned in this context: “Jerusalem is an Arab city built by our Arab ancestors thousands of years ago. Jerusalem is holy only to Muslims and Christians.”​

6. A short historical description of the city’s names features a huge gap of 1000 years between the Jebusites and the Romans, that is, the Jewish historical period. The name “Jerusalem” with its various forms that is used in hundreds of languages around the world is completely absent:

“The city of Jerusalem was known as ‘Jebus’ after the Arab Jebusites who built it 5000 years ago. When the Romans occupied it they named it ‘Aelia’. Later on it came to be known as ‘Al-Quds’ or ‘Bayt al-Maqdis’, after the Muslims had conquered it at the hands of Caliph Umar ibn al-Khattab in 637 CE…”​